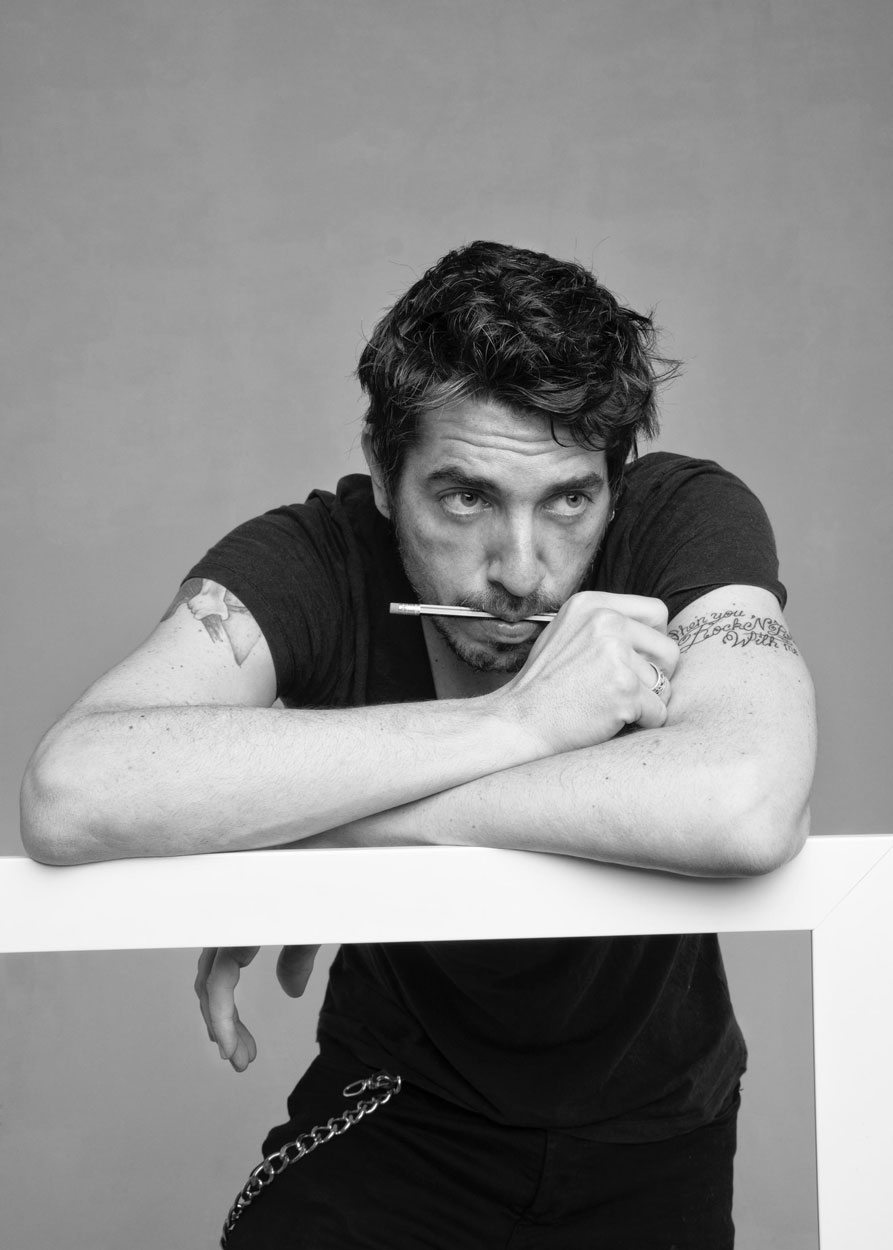 Ignasi Vidal was born in Barcelona in 1973. He is a playwright, director, musician, singer and an actor. He was very young when he created A Media Distancia, his rock band, singing his own songs, but his acting studies with Carlos Lasarte took him to the theatre world, where he grew up thanks to his father, Ignacio Vidal, a successful theater producer.

He worked as an actor in cinema and TV, but it is in theater, mostly in musicals, where he will develop most of his career mainly with Stage Entertainment: Les Miserables, Rent, Jesus Christ Superstar, Spamalot or The Beauty and the Beast.

Now Ignasi dedicates most of his time to his passion, writing plays, with a very particular style. He doesn’t write to make people feel good or even to make him feel good. When writing, he is mobilized by some anxiety, and he eventually lets the characters express their own feelings, like in the real life.